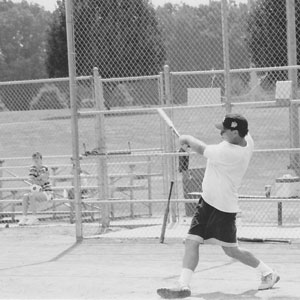 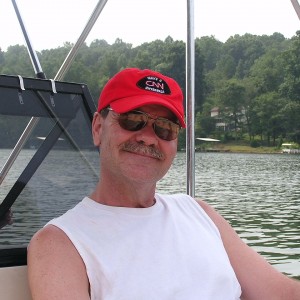 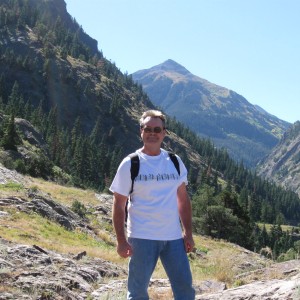 Stan and I met at CNN in the late 1990s. We were “just friends” until the Spring of 2002. Then it was love at first date. And our colleagues quickly dubbed us “Stangi.”

Stan grew up in a baseball family. His father brought Little League baseball to his hometown of Prague, Oklahoma. His mother kept score. His big brother Steve played third base. Stan was always on first. And his sister Linda worked the concession stand. So it was only natural that our first date was to the Braves home opener. The Braves beat the Mets 1-0 in 14 innings! For his 50th birthday, I treated him to a trip to Cooperstown. He was like a kid in a candy store.

Everyone who knew Stan knew what a great animal lover he was. He brought two cats, Benny & Pandy, into the marriage. When Pandy died at age 17, we rescued Ivy from a shelter and later adopted Lily. All three cats now enjoy living with me on the SC coast!

Stan and I also loved to take long walks. And we hiked many trails in various National and State Parks during our nearly 10 years together.

He came to love boating on Lake Hartwell in South Carolina. And every time we visited a beach, we rented bikes and kayaks.

We loved to travel and had a goal of visiting every state at least once. We made it to 18 of them, as well as England and Germany.

Before we met, Stan decided to go to Law School while continuing to work 40+ hours a week at CNN Radio. He received his law degree from Georgia State University in February 1997, passed the Georgia Bar exam and taught Constitutional Law at Georgia State in his spare time. He was a great admirer of Thomas Jefferson. And one of our last vacations took us to Monticello.

Above all, Stan loved his family and mine. We dreamed of retiring to Oklahoma where we could spend more time with all the aunts, uncles, cousins, brother, sister, nieces and nephews. He also wanted to explore teaching part-time at the journalism department at UCO.

Stan was all about giving back. That is what I am striving to do, in his memory.
Donate Now