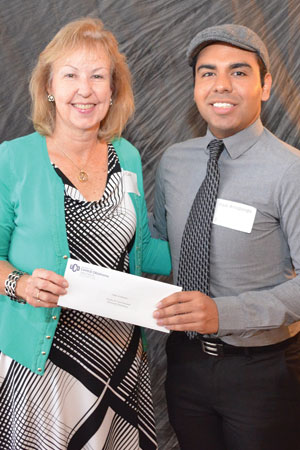 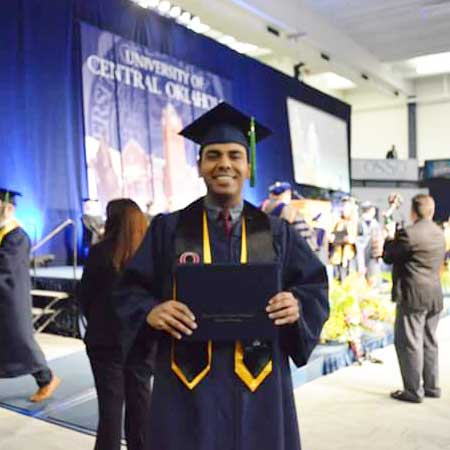 In April 2014, Isaac Arredondo joined our Scholarship family. During the awards luncheon, I learned he was first-generation American (as am I). His parents immigrated to this country from Mexico, settling first in Colorado before eventually moving to Oklahoma.

Then a rising Senior, Isaac also worked on the UCO student newscast UCentral News. Eventually Isaac said he wanted to become a bilingual broadcaster in the Oklahoma City area to help the Spanish-speaking community better understand what was happening on a daily basis, but more importantly during weather emergencies. And last summer, Isaac began interning at KTUZ-Telemundo Oklahoma.

By the time Fall semester rolled around, Isaac was on staff there as a night-time general assignment reporter! And he continued to commute to UCO to complete his degree, becoming the only UCO student ever to work as a reporter for a local station while still an undergrad!

He graduated May 9, 2015 with a journalism degree and a desire “to tell the stories so many others are afraid to tell.”

So proud of you Isaac!